Google Translate has new features. The new updates for Android and iOS allow you to have more freedom when communicating with foreigners.

The app can be very useful when ordering a meal or when asking how to get from one place to another for example. The disadvantage is that you have to wait for the translations to be made. Besides this, the sentences have to be very simple. Otherwise, the app will get confused.

Another feature is translating road signs using the photo camera. Previously, you were supposed to take a snapshot, after that wait for the app to scan the text and only after that to see the translation. With its new features, Google Translate app can now translate the text more quickly. This update works well for restaurant menus or other kind of lists too.

Google has been experimenting with photo based and real time translation technology for almost a year already, starting with the purchase of Word Lens application, in May 2014. This app has been integrated vey fast in Google Translate and Google Glasses. The problem which Word Lens is still encountering is that suggested translations jump from one to the next, while the application is trying to recognize words when you hold the phone over the text. This issue makes it difficult for the application to understand the meaning of the sentences. It still has a lot to improve, but the new features are useful.

Besides the fact that you no longer need to take a photo to translate what your camera is seeing, you also no longer need internet connection. Sounds great, right? One challenge is that it becomes more difficult for the translation to be made when we are talking about long texts. Another challenge is that you must hold your camera firmly fixed for the Google Translate improved app to work.

With it’s new and improved features, it is you to decide if Google Translate app is the friend you need or not on your trip abroad. 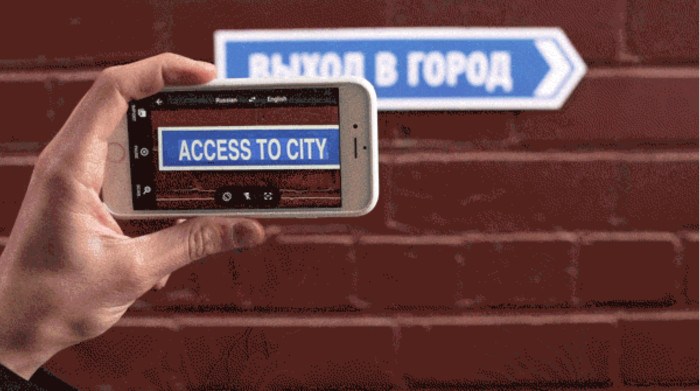