Europe in your plate through food

Take a culinary trip throughout all Europe and learn which are the dishes you should not miss when visiting a new country. Put Europe in your plate through food! 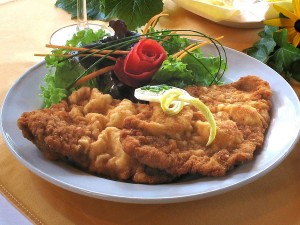 Wiener schnitzel is the national dish of Austria. It’s a very thin veal cutlet which is coated with breadcrumbs and then fried. It is most of the time decorated with lemon and parsley, and it’s garnish is composed by potatoes or rice. 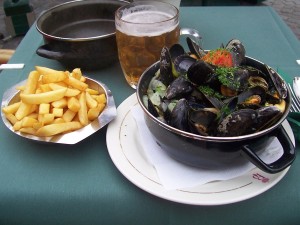 Moules-frites (mussels and French fries) are original from Belgium, even if these days they are eaten in many countries. Mussels can be cooked with wine, butter, herbs or broth. They are eaten together with double-fried crispy fries. 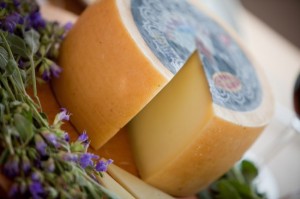 Paški sir cheese is made from the milk of sheeps and it is very hard. It originates in the island of Pag and it is so famous that they export it around the world. 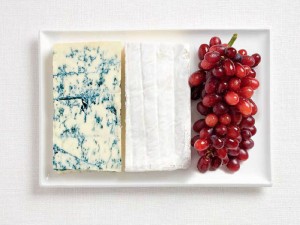 Different regions of France have different dishes. Les crêpes (pancakes) are the main dish in Brittany. Choucroute (cabbage with sausage) are popular in the Alsace region. French people have an affinity for snails which they usually cook with butter, garlic and rabbit or roast duck. On the seaside oysters, shrimp and mussels are popular. And let’s not forget about very important elements, such as wine and a big variety of cheese. 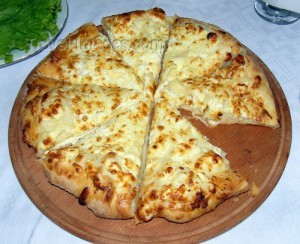 Khachapuri is a bread with very chewy texture. It is usually filled with two types of cheese and eggs. 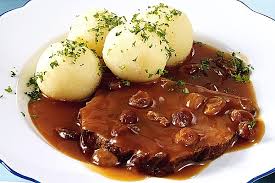 Potatoes are considered to be a staple food, each region having it’s own way of preparing them: with pears, bacon, beans. Pichelsteiner is a dish made from many kinds of meat and potatoes. Sauerbraten is a large roast made of pork or beef and it is popular all over the country. In the northern part, Knödel is a common dish. It is usually prepared from boiled or fried mashed potatoes and bread. In the southern part exists a similar dish which is called spätzle. Fruits are often added to meat dishes, for their bitter or sweet flavour. 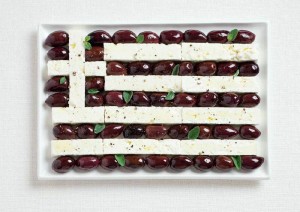 Greek diet is mostly composed of fruits and vegetables. In the seaside, fish and seafood are playing an important role. On the continental part which is far from the seaside, cheese and milk products are ones of the main cuisine elements together with meat. Of course, olive oil is present in almost all dishes. 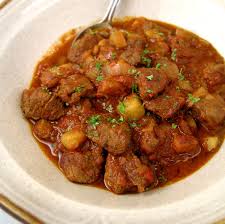 Paprika is present in most Hungarian dishes. Cream and sour cream are also used very often in their cuisine. The national dish is meat stew. It is known as goulash, but Hungarian people have different names for it, such as pörkölt or tokány. They usually call goulash the soup which is made of meat and paprika. 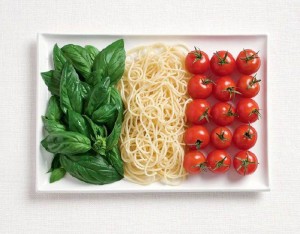 Italian cuisine is using a lot of herbs, such as oregano, basil, parsley, rosemary. Cheese is also very important, with more than 400 types of cheese coming from in Italy. Pizza originates from Naples, a southern city. The original pizza is chewy, crunchy and containing tomatoes, basil, meat and buffalo mozzarella. Pasta is usually eaten with white cheese sauce in the northern part and with tomato sauce in the southern Italy. 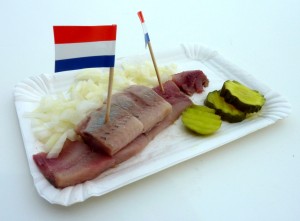 Soused herring is composed of raw herring marinated with cider, wine, sugar, herbs and spices. It is usually eaten with chopped onion. 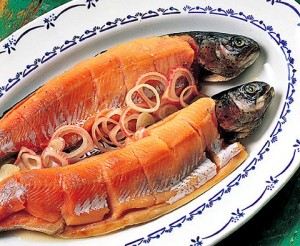 Rakfisk is actually trout fish which has been keeped in salt fermented for a few months. It is consumed raw, usually with sour cream and onion. Traditional food is usually smoked or preserved through other methods. 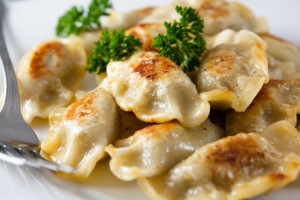 Meat is important in Polish cuisine. Pork is the most popular meat and is usually eaten in the form of cutlet. Bigos is a meat stew which is often considered the national dish. Golabki is another traditional dish, made of cabbage leaves filled with meat and rice. Golonka is a fresh ham eaten with horseradish. And let’s not forget about pierogi, which are dumpling doughs traditionally filled with potato, cheese and a bit of onion. Polish people are also eating smoked and pickled fish, especially herring. Vodka distilled from rye is considered to be the national drink. 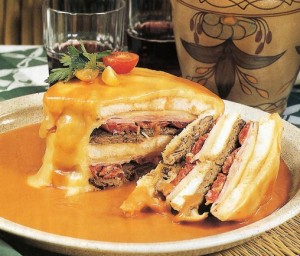 Francesinha is a Portuguese sandwich consisting of bread, ham, smoked pork sausage, steak, having on top melted cheese with tomato sauce. This dish can be served with fries and cold beer. 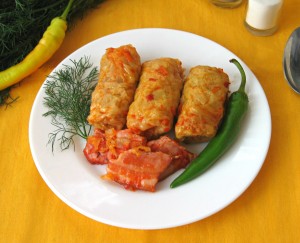 Sarmale is the national dish of Romania. It consists of pickled cabbage leaves filled with rice and minced meat. It is usually consumed during winter and in the summer time cabbage leaves can be replaced by peppers or vine leaves. Another popular Romanian dish is mamaliga. 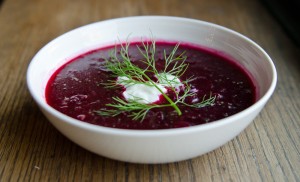 Borscht is a soup made from beet roots. Usually it is served cold and with sour cream. 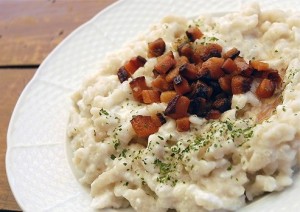 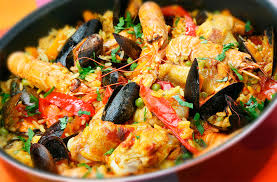 Paella originates in the eastern part of Spain and it is usually made from rice, shrimp, crab or lobster, chorizo sausage, tomatoes, peas, asparagus, chicken and maybe rabbit. Tortilla is a potato omlet which is popular through all the country. Fabada asturiana is a bean stew which is also popular dish in northwestern part of the country. Seafood, fish, meat and fruits are important elements in Spanish cuisine.

Embrace diversity and put all the culture and tradition of Europe in your plate!